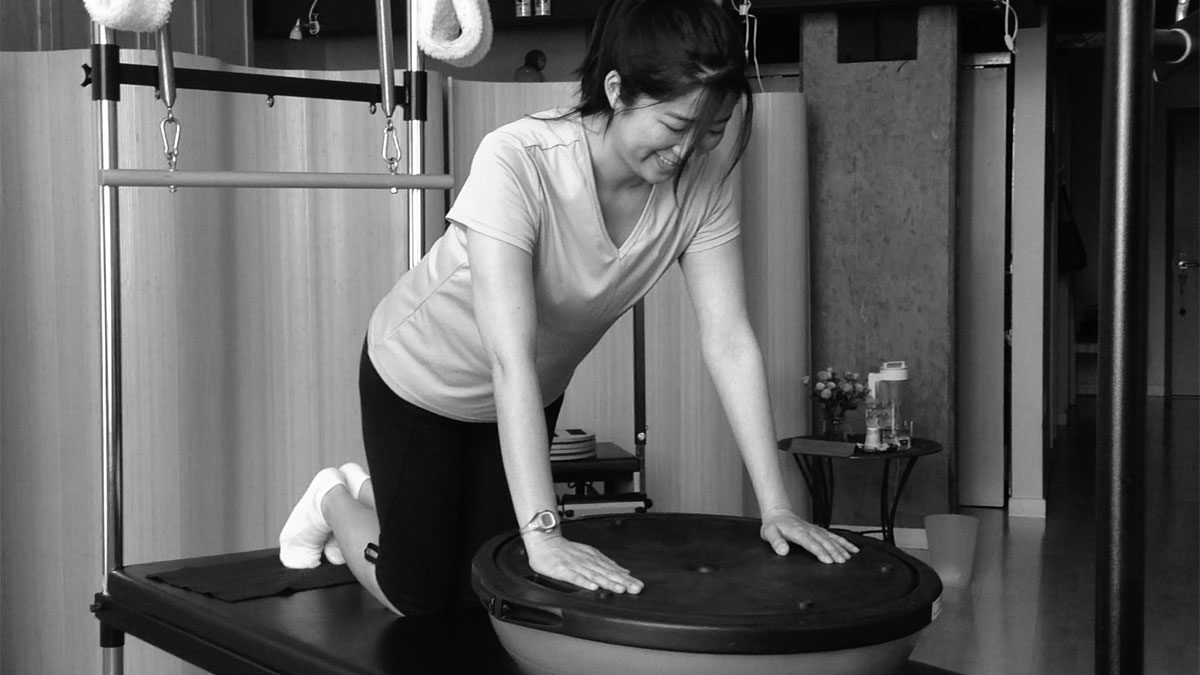 I first started Pilates in 1999—I was repeatedly catching colds and/or bronchitis every month over a period of two years and wasn’t able to regularly exercise due to sickness and fatigue. Through the suggestion of my sister, I tried Pilates to work on building up strength.

I started seeing Junko in 2001 on a weekly basis when she taught at a studio in Los Altos. She really helped me improve my core strength, flexibility, and coordination. Unfortunately for me, she moved on to teach out of the area in 2003.

I decided to try to avoid surgery with Pilates!

Over the years, I continued with Pilates until 2009 when my car was rear-ended and I injured my neck. I spent a significant amount of time in physical therapy but was still suffering frequent migraines and still felt like the alignment of my body was off. In 2010, I suffered several tears in the ligaments around my upper leg/hip socket that also lead to a frozen joint and muscle deterioration. I went back to physical therapy but was still in pain and had limited mobility after more than six months. I was able to use the stationary bike but was not able to use my cross country ski exercise machine that I love. I still had difficulty even getting in and out of cars. Two top orthopaedic surgeons told me at the time that a good option to prevent this from reoccurring is surgery but that if I strengthened the surrounding muscle that might also work. I decided to try to avoid surgery with Pilates!

After four years of weekly sessions with Junko, I am now pain-free and fully mobile.

I researched and tried different Pilates studios and eventually I found Junko again. Within a few sessions with her, my joint mobility greatly improved, my neck and leg pain lessened, and the migraines and headaches that I was still suffering from lessened and eventually went away. The muscle surrounding my hip socket is stronger than ever and I’m feeling confident that if I keep this up, I’ll avoid surgery forever. After four years of weekly sessions with Junko, I am now pain-free and fully mobile.

Junko goes beyond just training. She takes time to really understand your injury and research the best exercises to help you not only recover but also become better than before! Where physical therapy only helped me with immediate pain, Junko fixed my injuries. Junko and Pilates have changed my life! I travel 90 minutes every week to see her because she’s worth it. I highly recommend her!!